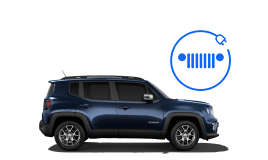 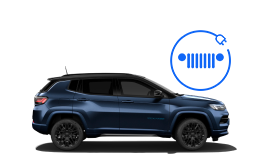 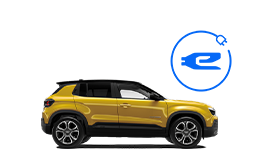 A HERITAGE OF HEROES

The iconic Jeep® brand is recognized the world over forever tied to freedom, capability and adventure. Every Jeep vehicle has a unique story to tell, with a rich heritage that links back to the original Willys MA.

Our story is your story. Jeep owners have long known that Go Anywhere, Do Anything® is a way of life not just a campaign slogan. Explore our legendary lineup, then create your own timeless story in a Jeep 4×4.

Born in the heat of battle, the Go-Anywhere, Do-Anything® Jeep 4×4 emerged a hero to thousands of Allied soldiers around the world. The equally heroic civilian Jeep vehicles of the 1940s firmly established the Jeep brand as the undisputed leader in 4×4 technology.

The 1950s saw the rise of the recreation vehicle, as well as engineering superiority. Grass-roots enthusiasts helped launch Jeep® Jamborees and took the original freedom machine to new heights in sales thanks to sevenunique models.

The Jeep® brand’s 4×4 leadership continues in the 70’s with the introduction of the first full-time 4×4 system. The sporty 2-door full-size Cherokee (SJ) swept the 4WD of the Year awards.Six models help elevate sales to all-time highs.

The All-New 1993 Jeep® Grand Cherokee (ZJ) set a new industry benchmark thanks to its unique balance of on- and off-road capability. The super-capable Wrangler (TJ) with its new coil suspensionwas introduced in 1997. In 1999 the new Grand Cherokee (WJ) was marketed as the most capable SUV ever. Sales soared to 629K units for the decade.

The radical 2003 Jeep® Wrangler Rubicon was the most capable vehicle ever produced by the Jeep brand. A new 4-door Wrangler called “Unlimited” took the industry by storm. The Compass and Patriot were the first Jeep vehicles to reach into the small cross-utility segment.

An All-New redesigned 2011 Grand Cherokee was launched to rave reviews and refreshed in 2013 with many new styling cues along with a new 3.0L EcoDiesel™ engine (Late availability). The All-New 2014 Cherokee replaces the Liberty — promising to redefine the midsizesegment.

Need Help? Chat with us
Start a Conversation
Hi! Click one of our member below to chat on WhatsApp
The team typically replies in a few minutes.